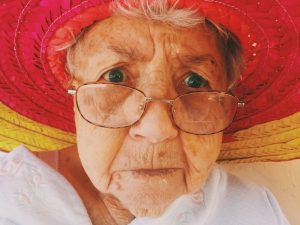 “The day I moved my mom was the hardest day of my life,” Harriet told us. She had been able to sustain her mother, who has dementia, in an independent apartment by spending increasing amounts of time with her and hiring help from a home care agency. However it was taking a toll on Harriet, her husband, and her three young children. They considered moving her mom in with them, but she was terribly restless at their house and had walked out the front door and started down the street more than once.

Finally Harriet realized she would have to move her mother. She carefully evaluated the options and the finances and made a decision. She had promised her mom she would never move her to a nursing home and now found that she had no choice.

Moving a relative with memory loss into residential care is an extremely difficult emotional task. Sometimes families have doubts for many years about whether relocation was the right decision. This article helps you understand why it’s difficult and offers some tips to make the day go more smoothly for both you and your relative.

Why is it difficult?

Keeping the following in mind may help you cope with your feelings on moving day and beyond.

You may feel overwhelmed and sad the day you move a relative. Here are some ways to make “the hardest day” a bit less difficult:

Moving a relative with memory loss is the end of a long process of research and preparation. You can find much more about the steps in the process in our book, Moving a Relative and Other Transitions In Dementia Care.