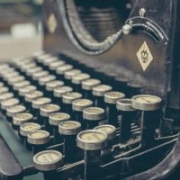 Our “red book” on coping with behavior change in dementia was published in the early 1980s—a time when people who cared for someone with memory loss had few resources.

Unfortunately, when these energetic, courageous and wise folks faced repetitive actions, agitation, incontinence, sleep problems, and other behavior changes in their relatives, the primary recommendation from professionals was medication. It was almost a knee-jerk response: Problem, medication. Another problem, increase the dosage. And so on.

While medications were sometimes necessary, we viewed them as a last resort.  Side effects could be serious, and sometimes medications could make care even more difficult.

We always recommended that caregivers and professionals try non-pharmacological approaches first, because we had seen so many instances in which using strategies other than medication actually made care easier. We recommended that caregivers use systematic problem-solving to analyze the situation (we call it becoming a behavior detective), understand what is causing the distressing behavior and develop responses that target the underlying causes.

For example, a nursing home resident was being sedated because of his agitation in the middle of the afternoon.  He would pace the halls, knock on doors and generally appeared very worried.  Medication made him drowsy and much more confused and he started falling. His family requested that the medication be stopped. When staff and family investigated possible causes of the behavior, they found that he was hungry and tired by midafternoon.  A light snack and encouragement to rest in his recliner calmed him and most of the agitation disappeared.

In the 1980s this approach was rare.  With funding from the State of Michigan, we worked with our colleague Anne Robinson to develop Understanding Difficult Behaviors, a manual to help families understand possible causes of common behavior changes at various stages of memory loss, so they could respond more effectively without resorting to medication.  Over the years it became known as “the red book” and was used by thousands of professional and family caregivers throughout the world.

After 26 years in print, a new “red book” was created by Beth Spencer and Laurie White aimed particularly at family caregivers, though many staff and facilities are using it as well.  Coping with Behavior Change in Dementia: A Family Caregiver’s Guide is still red, and it contains many more case examples and additional behaviors and strategies.  Coping includes new sections on physical intimacy and sexual behaviors, challenges and strategies for mouth care in people with dementia as well as a glossary, an updated introduction to dementia and an extensive resource list.  We’re pleased that one of our readers calls it “a ‘must have’ book and guide for anyone facing dementia as a caretaker” and we hope that you too will find it a useful resource for your family.